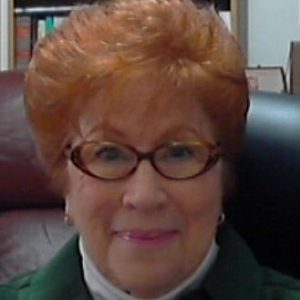 “Tell me, what is it you plan to do with your one wild and precious life?” — Mary Oliver

Judi was one of those rocks in my life that I had assumed was permanent – bedrock, tethered deeply into the earth. To me, she was ageless, as if she had always been around 60 years old, even when she wasn’t yet and long after those years had passed. We age regardless of how others perceive us. I sometimes think I locked in at 38.

But unlike rocks, we are mere pebbles in the streams, one day carried away by the currents. None of us has permanence. In the end, the only guarantee we get is that we will one day expire, too.

The publishing journey for my novel, Finding Lancelot, began nearly a year ago. It was December 2019 when I emailed the final draft to my aunt, assuming it was easily on track for a June launch. It took her months to get back to me with the edits she felt were necessary. I questioned them at first but of course she was right. We grappled with timelines and I fought hard against the other commitments and distractions in her life. What was supposed to be a month turned into several and the editorial process drug out longer than seemed necessary. Me with my type-A nature grew more and more testy as the June launch date came and went, seemingly without regard.

I pushed and pushed, and we continued to edit through the summer. She lived in New Zealand, I in Chicago and for 2 to 3 hours every day via Skype, in the wee hours of each other’s mornings, I read aloud the entire manuscript, both of us listening for inconsistencies and needed fixes.

Finally, in August we agreed the manuscript was ready for print. But August is a terrible time to get people’s attention, and with school going back into session, September didn’t bode much better. My aunt suggested that rather than compete with the fall election, it would just make better sense to delay publication to 2021. I was adamant that the book needed to come out and that we had already lost precious time. I was publishing in October, I declared, and picked October 5 as the official, not-to-be-changed launch date.

Now, just a little more than a month after releasing my book, Judi is gone. Did I know that we were running on borrowed time? Maybe. There’s a quote I love that’s attributed to Buddha but is from the Jack Kornfield in Buddha’s Little Instruction Book, his interpretation of Buddhist teachings:

“The trouble is, you think you have time.”

None of us are privy to our expiration date. Too often, we wait until the terminal diagnosis to tackle the projects burning inside of us. What would it look like to live with that fire burning, having lit it yourself? Something in me knew this project needed to be finished and that I was running out of time. It mattered a lot to me that my books be published through my aunt’s press: Santel Publishing, a mix of Sansweet (her married last name) and Wachtel (our maiden names). This was a family project. It carried a karmic load.

Which brings me here, where I beg of you: Please do not dawdle and fritter away your life on mindless pursuits when there is a calling for something bigger. Procrastination and idle amusement are dangerous distractions from pursuing our callings, from achieving our great work. The words may seem trite and I’m certain you have heard them a million times before but people like me will continue to shout. We will continue to remind everyone, in the hopes that a blog post such as this wakes just one more person from their slumber.

Whether you believe we get one life or that this is one in many, the reality is that you’ll never get THIS life again. Our time on this Earth is a gift. Use yours wisely. Share your gifts with others.