Truncated: The Story Behind the Stories 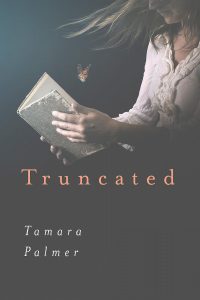 One of the most frequently asked questions of writers is “Where did you get the idea for your book?” I’m so excited that this time I can pinpoint the answer and tell you the story.

It was four in the morning when inspiration hit. I was startled awake with the title: Truncated. When a book title wakes you up, it’s time to get to work.

The concept was simple: Create a short-story collection of love stories. What developed is a collection of scenes, more so than stories, none of them giving ample backstory. They are all snapshots in time.

I am a huge fan of the Amazon series Modern Love, so this concept spoke to me. Modern Love is a series of 30-minute shows based on the very popular column in The New York Times. Through glimpses into relationships, we are given impressions of love, yet the stories never develop as fully as we would like.

As someone who believes entirely in the big magic of the universe—check out my other post on this topic, The Consciousness of Ideas: Big Magic and the Creative Process—I understood I had been picked to manifest this vision into reality. Noted, universe.

Thus began the work. I inventoried the stories I’d written to see what might be useful for this collection. I was delighted to discover that I had four stories from my days writing pieces for the e-zine All Things Girl that could work well. Unfortunately, many more were not up to snuff.

There were a few newer stories written in the last few years, such as Tim Jennings’ Girl, and they worked quite well with my concept. Then there were two unfinished novels that I just couldn’t find the energy to complete. I took the break-up scene from one and it became Two Roads Diverged. With the other, I tried something inventive, taking three scenes from the unfinished book and linking them across the collection, thus finding a way to do something useful with Matt, Steph, and Naomi.

I signed up for a writing workshop with Cynthia Morris, a writing mentor I adore. In one of Cynthia’s weekly meetups, I riffed on a prompt—“god of flowers”—and it turned into one of my favorite pieces in the book. Thank you for creating the space to create, Cynthia.

I had intended to write quite a bit more to flesh out the book, then the knowing returned: When I linked the stories together in a Word document, I was certain I was done. It’s too short, I told myself. It’s called Truncated, I told myself. Let go of the “shoulds.” The book is complete.

When thinking through how to approach the cover, I discovered a website where writers can purchase designed options. When I found the image of the butterfly escaping the book, I was electrified.

Publishing Truncated feels like a natural ending to my fiction-writing chapter. For now, anyway. I may return in time—one never knows when inspiration will strike. In fact, it almost struck when I was driving home last week, and I literally said out loud, “Wait! I can’t go there right now.”

I have a lot I want to process and share in personal essays, and maybe one of those pieces will turn into a book in the memoir/self-help/nonfiction space.

Or maybe another character, like Lark in Two Roads Diverged, will fly through my car window as I’m driving and scream at me until I write her story.

Big magic is nothing but unpredictable and well … magical.
May it never end.